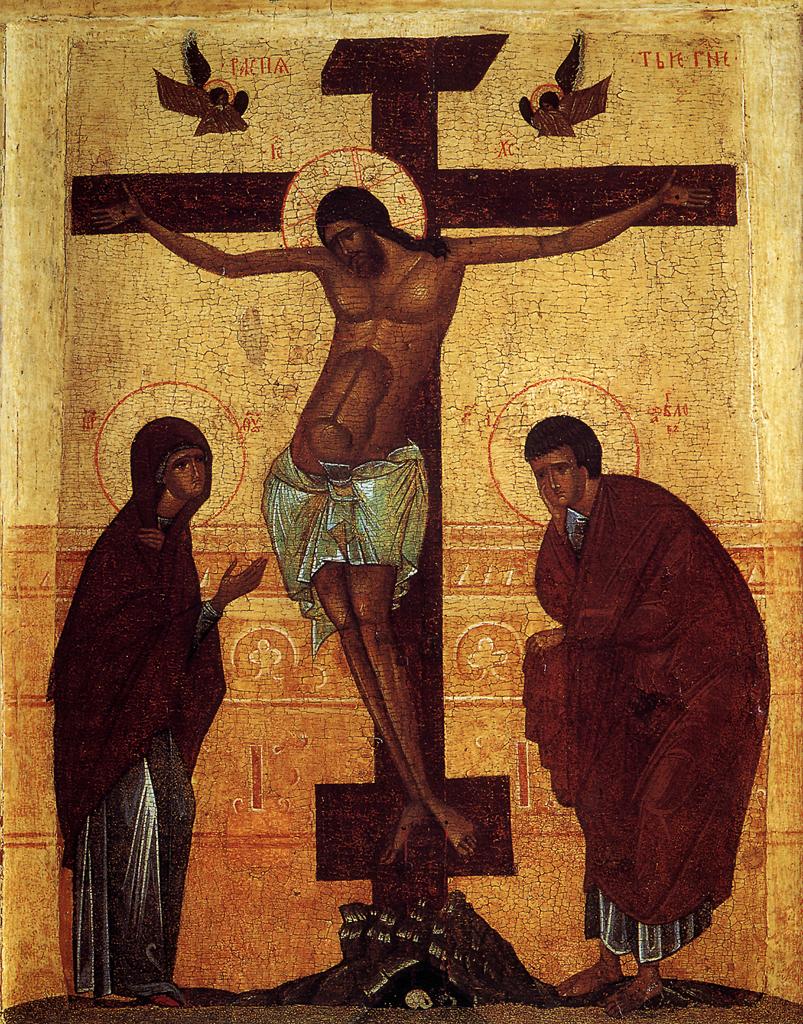 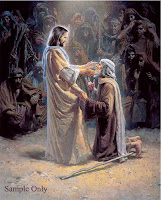 Healing was a major part of Christ's ministry on earth. Everywhere the Lord went, people were healed, in mind, body and soul.  The most important healing that He wants for us is the healing of our soul.
In this page I will look at some of the areas that people struggle with and where they can receive hope, healing and renewal for their lives.
1.  Pornography 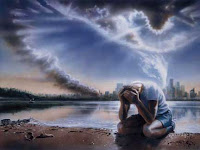 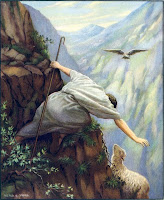 b.   The Serenellians are an informal group of Catholics, both lay people and religious, who have chosen to dedicate and devote some personal level of effort through prayer, work or exhortation to help those who are caught up in this terrible vice of addiction to pornography.  Their website address  is as follows  http://www.pornnomore.com/
St. Bernard of Clairvaux - "Absolutely every person, no matter how enmeshed in vice, ensnared by the allurements of pleasure, a captive in exile… fixed in mire… distracted by business, afflicted with sorrow… and counted with those who go down into hell—every soul, I say, standing thus under condemnation and without hope, has the power to turn and find it can not only breath the fresh air of the hope of pardon and mercy, but also dare to aspire to the nuptials of the Word."
—Fire Within, Fr. Thomas Dubay
* * *
2. Understanding Same Sex Attraction
For those who struggle with same sex attraction there are some great apostolates both in the Catholic and Christian Churches. 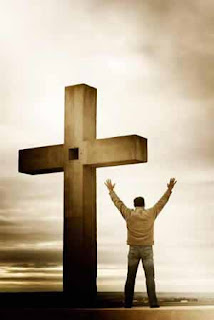 a. Courage
Courage ministers to those with same-sex attractions who desire to live chaste lives according to the Teachings of the Roman Catholic Church. The apostolate is endorsed by the Pontifical Council for the Family. The late Pope John Paul II said of this ministry, "COURAGE is doing the work of God!" Courage's sister organization, EnCourage, is for family members and spouses who wish to support their loved one in chastity.
http://couragerc.net/ /
b. Redeemed Lives Ministries
was started by Mario Bergner in the United States. It is not a Catholic organisation but one which is open to all faiths, where healing is needed.
The Rev. Mario Bergner is husband to Nancy and father to their five children. He is the founder of Redeemed Lives, in the Boston metropolitan area and the Associate Rector of Christ Church of Hamilton and Wenham. He is an Anglican Priest canonically resident in the Diocese of Quincy IL, USA.  Mario himself was involved in the homosexual lifestyle and became ill with aids but experienced the healing of Christ from his hospital bed.
From his own testimony he explains...

At twenty-three I was hospitalized with eleven symptoms of AIDS. From my bed, I questioned the Lord about homosexuality and Christianity. Jesus appeared saying, ”I want to heal your whole person, not just your sexuality. Choose.” Not understanding what “choose” meant I just chose Him. I recovered and years later tested HIV negative.
For more information on Redeemed Lives check out the following website.. http://www.redeemedlives.org/

Exodus is a nonprofit, interdenominational Christian organization promoting the message of Freedom from homosexuality through the power of Jesus Christ.
Since 1976, Exodus has grown to include over 230 local ministries in the USA and Canada. They are also linked with other Exodus world regions outside of North America through the Exodus Global Alliance.
Within both the Christian and secular communities, Exodus has challenged those who respond to homosexuals with ignorance and fear, and those who uphold homosexuality as a valid orientation. These extremes fail to convey the fullness of redemption found in Jesus Christ, a gift which is available to all who commit their life and their sexuality to Him.
http://www.exodusinternational.org/
* * *


3.  Drug & Alcohol Addiction
Drug and Alcohol addiction devastates the lives of so many worldwide.  There is hope and healing out there and here are just some of the apostolates who offer new life to those affected.
a.   The Comunita Cenacolo was founded in Italy by Sr. Elvira who began to help those who were addicted to drugs.  Slowly the community began and now they have community houses all over the world.  .

The Community welcomes anyone who desires to find joy again and the meaning of their own lives through a Christian journey in life, which is simple but true.  The first condition for entering Community is feeling the need for God and for others, and to see oneself as a poor sinner.
The greater part of the young people who have gone to the houses of community in these years asking for help come from situations of distress and profound sadness, often from the world of drug addiction; others ask to spend a period of time dedicating themselves totally to others, seeing in their style of life a path that can help them understand the will of God… in short, the reasons for coming can be different, but the clear proposal of rebirth is unique: encountering the risen Jesus through a life of sharing, prayer, work, sacrifice and true friendship.
Find out more by visiting  http://www.comunitacenacolo.it/

b.   The Pioneer Total Abstinence Association of the Sacred Heart was founded by Fr. James Cullen S.J. in the Church of Saint Francis Xavier, Gardiner Street, Dublin, on 28 December 1898.   Their Mission is to address the problems in society caused by excess alcohol consumption and drug usage. They do this through:  Faith and prayer, Self denial, Example, Activities based on presenting alternatives to individuals, particularly the young, Advocacy.
http://www.pioneerassociation.ie/

Cuan Mhuire was founded by Sr. Consilio in 1966. It is a registered charity which is the main provider of treatment for alcohol and drug addiction for the entire island of Ireland. Approximately 2,500 people are treated for addiction in their centers in Ireland every year.
Cuan Mhuire is inspired by the belief that each person is of eternal value and that there is no such thing as a 'hopeless case'. Its treatment is not only geared towards the individual's addiction, but also towards the recovery of the whole person and the restoration of his/her dignity, self-respect and sense of responsibility has its own unique programme, developed and perfected by Sr. Consilio and her staff over the last forty years.
Contact    http://www.cuanmhuire.ie/

Abortion kills a human being at its most vulnerable stage.  It is an evil that has destroyed and is continuing to destroy countless human lives across the globe.  Here are some of the organisations that help those affected by abortion.

For over 25 years, women and men have been coming to Project Rachel, the post-abortion ministry of the Catholic Church, for help in healing their emotional and spiritual wounds. The priests and counselors in the Project Rachel network understand the pain and loss that follow abortion. They have led thousands of grieving women and men from despair to hope and peace.
Many women who have walked a path of grief and hopelessness after abortion, usually alone, eventually begin to understand that they have a deep spiritual wound. But sadly, they also are likely to believe that they have committed 'the unforgivable sin' and fear God's anger.  Women who have had an abortion often have many questions, the answers to which are indispensable to beginning the healing journey. Can God ever forgive me? Can my child? Can I ever forgive myself? Will the Church let me stay when I confess this sin? Will this horrible pain ever go away?
Is healing possible?answer to all these questions is, of course, YES!
Contact:   http://www.hopeafterabortion.com/ 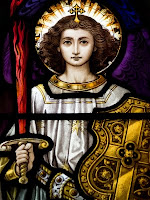 Catholic Therapists  (USA)
Their Mission is to bring the healing love of Jesus Christ to those seeking psychological help and support. They provide psychological information and a nationwide list of therapists that are faithful to the teachings of the Roman Catholic Church.
http://www.catholictherapists.com/ 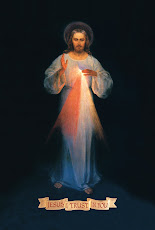 Jesus I Trust in You 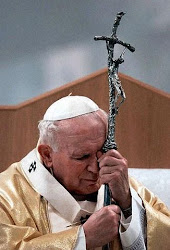 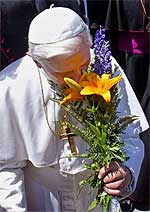 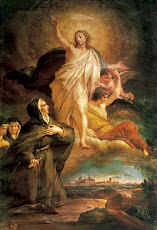 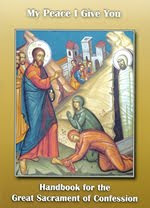 Let us not be too taken up with the sins of others, but look into our own hearts first...Be merciful, as Jesus is merciful to us.. Lord Jesus have Mercy on me, a sinner...

The most important of those texts in today’s liturgy is Psalm 23(22) – “The Lord is my shepherd” – in which Israel at prayer received God’s self-revelation as shepherd, and made this the guide of its own life. “The Lord is my shepherd, I shall not want”: this first verse expresses joy and gratitude for the fact that God is present to and concerned for us. The reading from the Book of Ezechiel begins with the same theme: “I myself will look after and tend my sheep” (Ez 34:11). God personally looks after me, after us, after all mankind. I am not abandoned, adrift in the universe and in a society which leaves me ever more lost and bewildered. God looks after me. He is not a distant God, for whom my life is worthless.

Another part of this sermon

“Your rod and your staff – they comfort me”: the shepherd needs the rod as protection against savage beasts ready to pounce on the flock; against robbers looking for prey. Along with the rod there is the staff which gives support and helps to make difficult crossings. Both of these are likewise part of the Church’s ministry, of the priest’s ministry. The Church too must use the shepherd’s rod, the rod with which he protects the faith against those who falsify it, against currents which lead the flock astray. The use of the rod can actually be a service of love. Today we can see that it has nothing to do with love when conduct unworthy of the priestly life is tolerated. Nor does it have to do with love if heresy is allowed to spread and the faith twisted and chipped away, as if it were something that we ourselves had invented. As if it were no longer God’s gift, the precious pearl which we cannot let be taken from us. Even so, the rod must always become once again the shepherd’s staff – a staff which helps men and women to tread difficult paths and to follow the Lord. 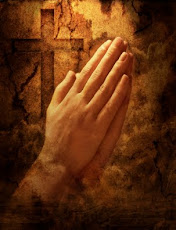 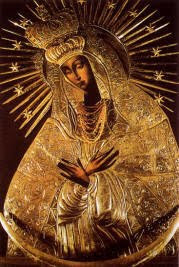 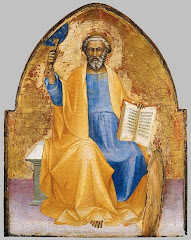 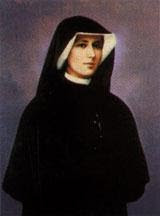 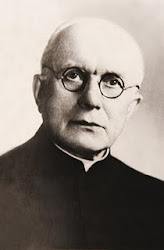 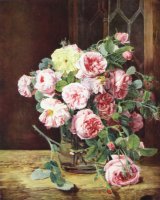 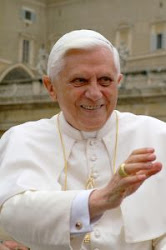 God Bless our Benedict XVI, Pope Emeritus. I miss you and love you and pray for you. Thank you for all you have done for us. 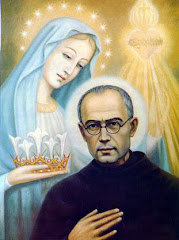 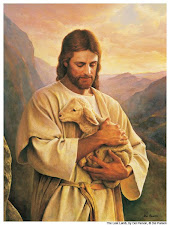 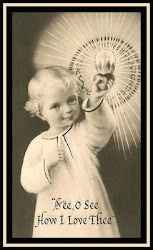 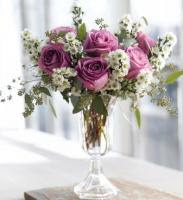 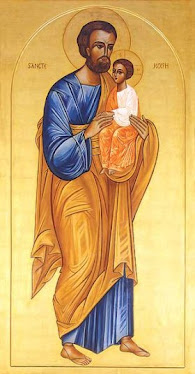 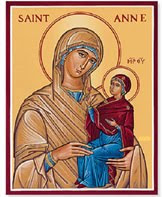 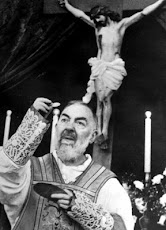 Pray for the Holy Souls

The Holy Souls are eager for the prayers of the faithful which can gain indulgences for them. Their intercession is powerful. Pray unceasingly. We must empty Purgatory ! - Padre Pio (St.Pio)

1324 The Eucharist is "the source and summit of the Christian life."136 "The other sacraments, and indeed all ecclesiastical ministries and works of the apostolate, are bound up with the Eucharist and are oriented toward it. For in the blessed Eucharist is contained the whole spiritual good of the Church, namely Christ himself, our Pasch."137 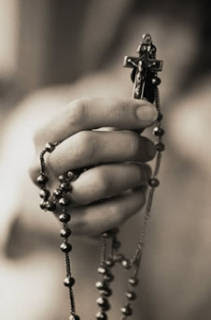 Our Lord Jesus to St. Faustina - My daughter, just as you prepare in My presence, so also you make your confession before Me. The person of the priest is, for Me, only a screen. Never analyse what sort of a priest it is that I am making use of; open your soul in confession as you would to Me, and I will fill it with My light. (1725)